In the 1950’s, when I was young and not visually sophisticated, the majority of British art had a very particular, not to say insular, character. I’m referring to artists and illustrators (they were often both) who used a heavily designed style and referred to local and religious history in much of their work. Many had had war experience which had given them a desire to change perceptions but not values by placing old narratives in a new perspective. Don’t forget that the international scene was dominated by the likes of Picasso, Matisse, and other foreigners and the last home-grown art movement, Pre-Raphaelism, was derided or ignored, as was most realist figurative painting.

I’m talking of artists such as David Jones; 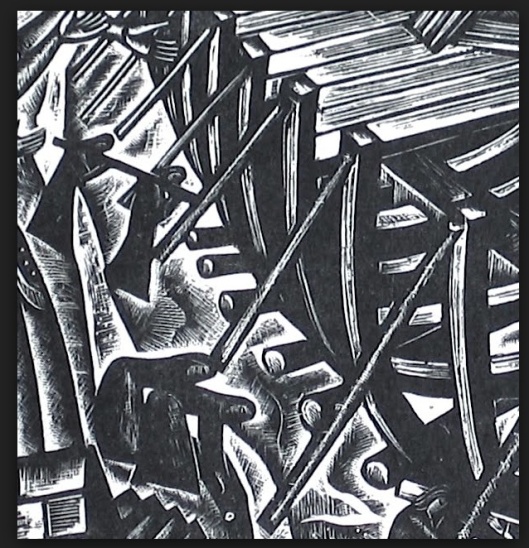 and many others. There were also the “abstracted” artists such as

We, by which I suppose I mean I, had no clear and unequivocal examples of contemporary realist painting to look up to. Which is why American illustration was so attractive, in magazines readily available to us, found, I seem to remember, in any sitting room. 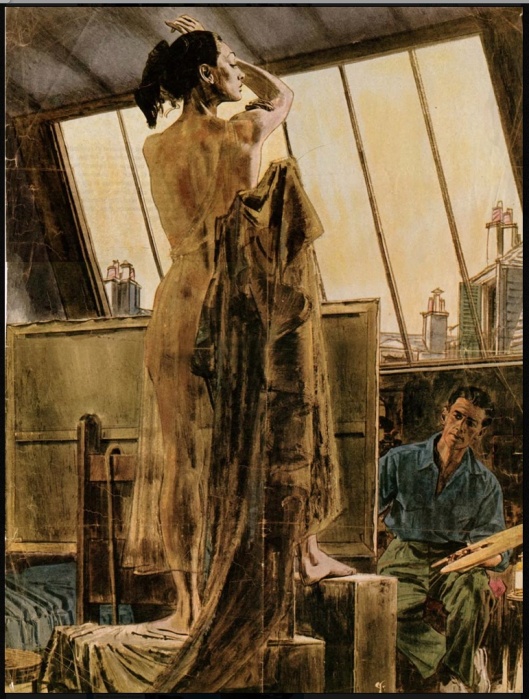 There was a great deal more going on of course, in Britain than I have mentioned; Ronald Searle, Women’s Own romance illustrations, Ladybird Books, the Summer Show at the Royal Academy always had some old style skilful art. Anyway, it was not to be long before I went to art school and the onset of Abstract Expressionism and Pop Art skewed any debate away from the abilities and beauties of figurative painting to it’s place in theory and history. Those of us for whom it is the only form which can carry the complexity of emotion and appearances that makes us humane should be thankful to the Americans and others for keeping alive the skills and spirit of realist figurative painting.

Having said all that, I must say I enjoy now much of that 50’s British art, David Jones in particular; and Stanley Spencer always had a much more mimetic manner for portraits and private work, from which much of subsequent British painting derived.