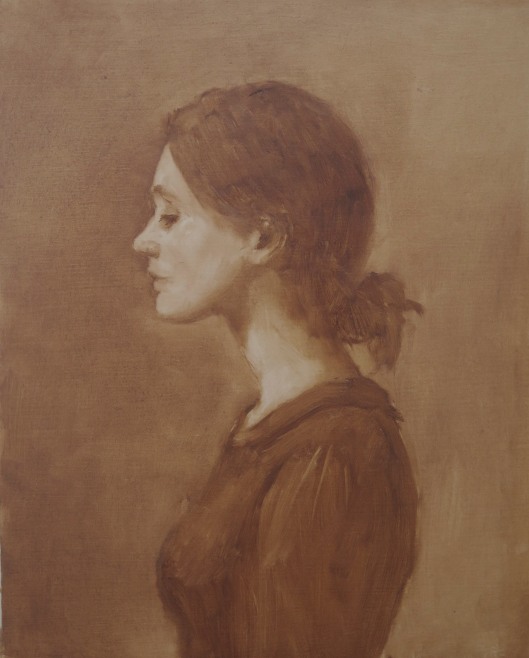 I try not to make major changes during the course of a painting. The reason is so as to not compromise the integrity of the paint film and to use the thick and thin, that is opaque and transparent, abilities of oil paint to describe form more effectively. This in turn adds to the credibility of the image and supports, rather than interrupts, the original drawing. I know there is a charm and liveliness in the Romantic idea of a painting being a perceptible struggle but I have more of a classical bent and prefer to get my struggling over before I start. When Rubens said, “Always paint alla prima, there is plenty to do afterwards”, he worked on a very well prepared and resolved underpainting, and “plenty to do afterwards” can mean a lot.

The image above was painted from a model (in burnt umber and lead white) and laid out the design and tonality pretty much according to what I saw and to my intentions for the final appearance.

The next sitting saw flesh colours painted into a thin glaze to build up the form.

And ended with background and hair in their final tones. 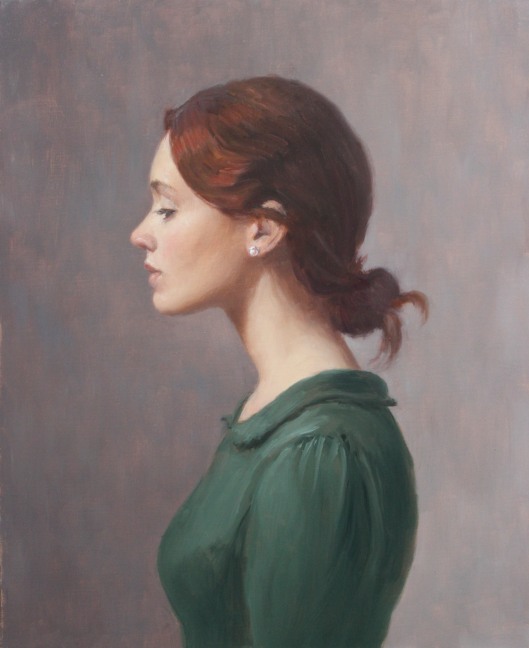 The last session saw all the forms in, and some tweaks to the earlier areas.

What I should have done is left it there and looked again in a couple of weeks, working up colours and tones with glazes, which I normally do.

Instead I decided I might prefer a darker background and put it onto the previous colour. When I’d finished the whole area, it didn’t look right, and reduced the options I had for glazing. But the paint had started to set and I didn’t want to have to go over the carefully worked edges of the profile again. It was the end of the day. 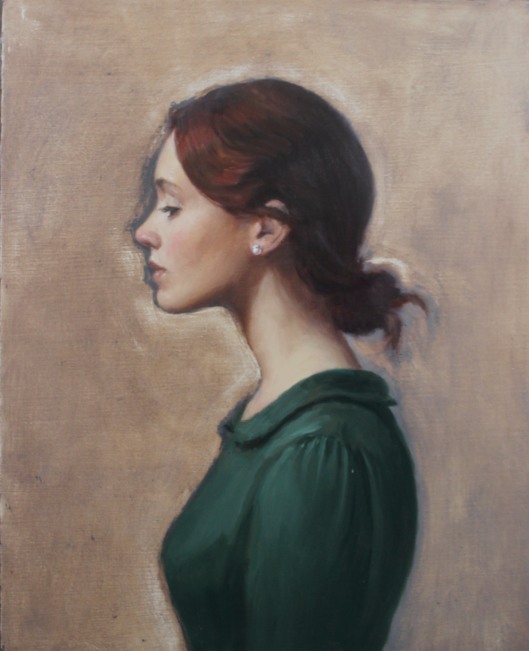 So I took out as much of the background as was safe and left it, leaving me more work to do than If I’d not changed my mind.