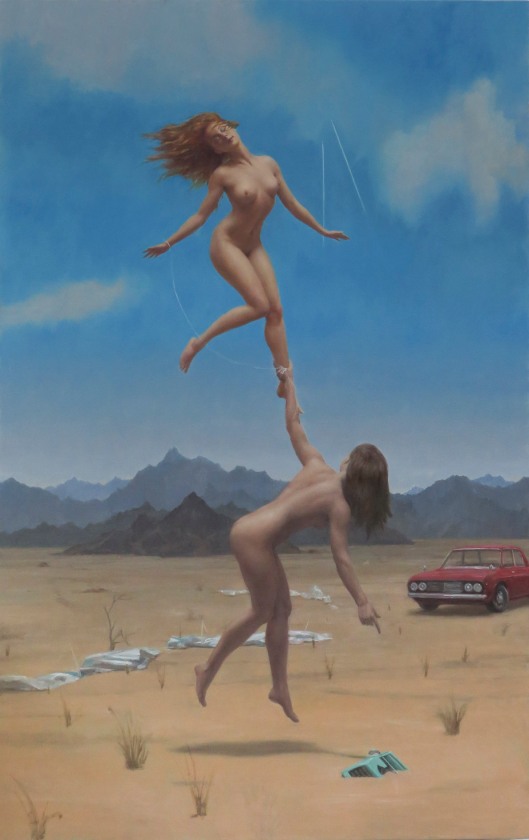 The history of painting shows that artists have used humour as an end in itself and as a component in complex emotional circumstances. The funny side is an enriching facet in painting.

We have many words for the things that are important to us, humour being one of them. Wit, funny, jest, comic, sarcasm, irony, ridicule, satire, whim, amusing, farce, joke, pun are just some of these words. Humour can be facetious, waggish, dry, sly, merry, wise, slapstick, scintillating, cruel, droll, sophisticated, vulgar and so on describing the myriad variations we use in our exchanges. We have the same range in paintings.

There are far too many to show the whole range but here are some of my favourites; 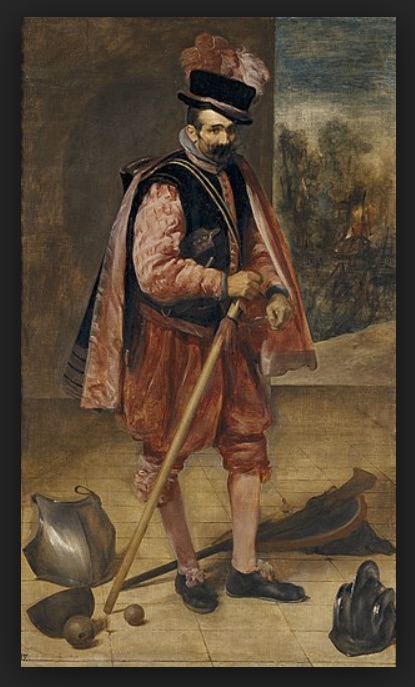 In the court of Philip III a number of jesters were employed having various abilities, this chap’s being to look exactly like Don John of Austria, not a well regarded monarch in this court. Other jesters had different physical and mental impairments for the cruel amusement of the royals. Velazquez did a set of portraits of these people investing them with the humanity and dignity absent in their masters.

In a whole series of caprices Goya made a tongue in cheek appraisal of the darker side of Spanish spiritual life, witches and demons still being believed in. Incidentally this was the original inspiration for some of my figures-in-the-sky paintings.

Looking in a mirror is a testing experience for us oldies, aspects of this depicted convincingly by Rembrandt and Bonnard.

Another kind of self regard painted by the strange and vulnerable Dick Ket.

Unintentionally funny. Today this would be seen as a parody. Hyacinth Rigaud was serious about this portrait of Louis IV. and so, presumably, was Louis. 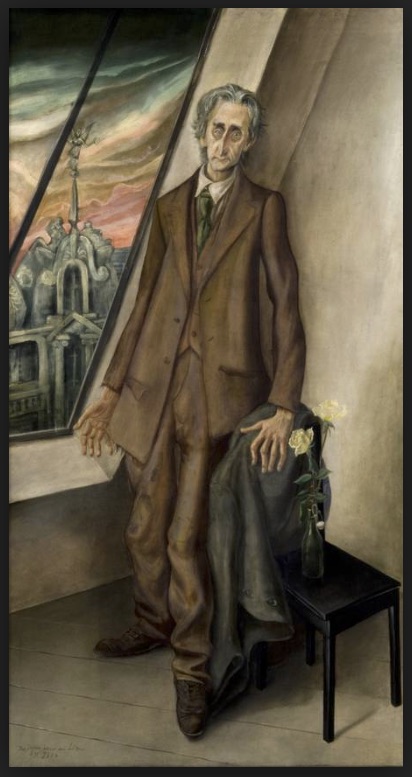 This charming and moving caricature of the poet Iwar von Lucken by Otto Dix has humour and pathos intertwined. 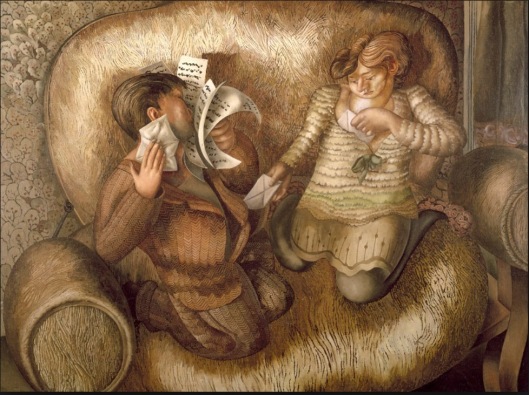 A stream of love letters overwhelms this suitor in this by Stanley Spencer. 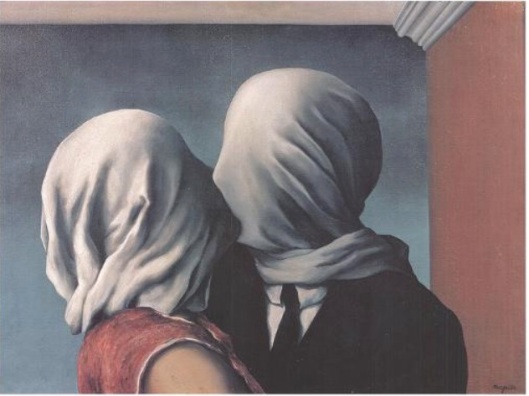 There are many many more

The deadly requirements that paintings be “Challenging” “Relevant”  “Exploring” in contemporary curatorship seem to devalue the ironical, mischievous, fantastical, ambiguous from being included in the presently fashionable works displayed in our public galleries. 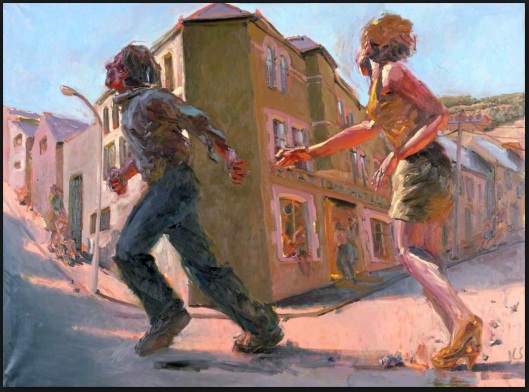 There are exceptions. “Running away with the Hairdresser” By Kevin Sinnott is a delightful evocation of a tale from his native South Wales Valleys culture.